Bugs That Treat Your Garden Like A Buffet: Plant Eating Insects Of Wisconsin 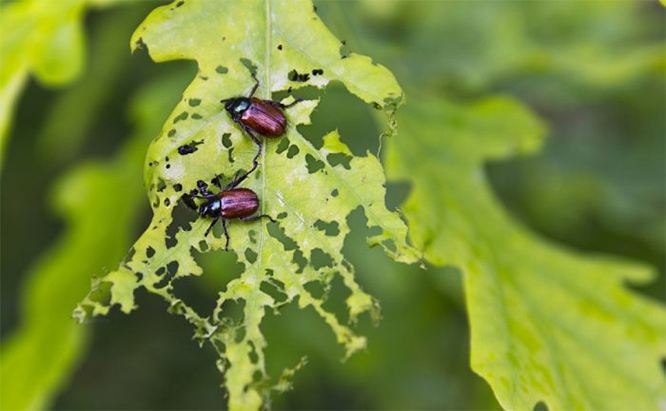 Your lawn is your pride and joy. When something goes awry, it can be a disappointing yet mysterious experience. Is it the drainage? Is it not getting enough sun? Or maybe your neighbor’s dog has done its business against your beloved shrubbery one too many times. The truth is, many things impact your lawn. Tree eating bugs are one of the many things that can harm your garden.

The right bug on the wrong tree can have catastrophic consequences. Insects are a huge problem with lawn maintenance. They are one of the primary culprits when you're faced with tree malaise. It's important to know your Wisconsin bugs, not only by sight but by the symptoms they produce. Most of all, it's important to understand how to nurse your landscape back to health. There are also some steps you can take to keep those pesky insects out of your hair in the first place.

The Japanese beetle is one of the most common insects plaguing any garden in Milwaukee, Green Bay, Madison and other Wisconsin cities. They can be found from the center of the United States to the East Coast. They may be beautiful to look at. They have a lustrous shell of green and brown that looks ornamental and almost gem-like. Looks can be deceiving though. They have voracious appetites and love to eat your most ornamental plants.

The first written evidence of the insect appearing within the United States was in 1916 in a nursery near Riverton, New Jersey. The beetle larvae are thought to have entered the United States in a shipment of iris bulbs prior to 1912, when inspections of commodities entering the country began. As of 2015, only nine western US states were considered free of Japanese beetles. Beetles have been detected in airports on the west coast of the United States since the 1940s.

Contrary to popular belief, trapping is not recommended. Japanese beetles attract more of their kind. When you trap them in a concentrated spot it will bring more beetles to your garden. When the damage is already bad, t's best to come to terms with it. If you’re having a serious infestation problem, you can use insecticides to help.

Known as a “jewel beetle”, the emerald ash borer lives up to its name. An adult ash borer features a striking and lustrous green hue that would befit a ring setting. It’s also one of the most invasive wood-boring beetles in the state of Wisconsin.

The emerald ash borer is a native beetle to China, where it’s since made its way across the world. Today, you can find the insect almost anywhere.

Emerald ash borers will make quick work out of ash trees. It’s important to spot the symptoms. Even more important, to protect your population of trees from the beetle altogether. Typical symptoms of emerald ash borer damage are:

Symptoms are difficult to detect before it’s already too late.

The emerald ash borer is one of the most invasive, ferocious, and damaging tree killing bugs in Wisconsin. If your trees are showing symptoms of ash borer damage, then it may already be too late to save them. The best tactic, when faced with an infestation, is to debark your trees to detect the infestation. Once you have detected the infested trees, it’s best to just remove them. You can try insecticides, but it is often ineffective. More importantly, the insecticides needed can only be done by a licensed professional. If you're worried about your ash population, then it's best to consult a professional. That way you can start a proactive insecticide regimen right away.

The gypsy moth may have a name straight out of a children’s fairytale, but it is anything but a fairytale.  There’s nothing fun about what gypsy moth larvae will do to your plants. The larvae of the gypsy moth look like insects from another world. It has thin, straight hairs jut from its body, which is lined by strikingly red protrusions. Just like The Very Hungry Caterpillar implies, gypsy moth larvae have big appetites. They will leave your greenery in shambles.

The first sign of a gypsy moth infestation will be spotting their egg sacs. A gypsy moth egg sac is typically nestled in the elbow of a tree branch. One egg sac can contain anywhere from 400 to 500 eggs.

Once the eggs mature and the larvae emerge, you'll begin to see extensive leaf damage on plants. As the larvae mature further, you'll start to see completely bare branches. This is when the damage can start to be irreversible. The appetite of gypsy moth larvae is unending. Couple that with the fact that even if you just have one sac, you’re looking at hundreds of them. You’ll have a very hungry army on your hands in no time.

If you spot an egg sac you can physically remove it and dispose of it. Some individuals may recommend burning the sac. While there are less dangerous ways of disposing of an egg sac, just be sure you do just that-dispose of it.

Bugs Are a Part of the Landscape: Even Tree Eating Bugs

Whether you’re a career arborist or just a hobbyist, it stands to reason that you’d be a little uneasy about insects. While any of the species that do damage to our local flora are invasive, we still have to deal with them.

At the end of the day, good landscaping comes down to cultivating happy and healthy greenery. Part of that process is being proactive. And part of that process may boil down to the use of insecticides for specific problems. But whatever you have to do, ensure you listen to your plants—they'll tell you when they need some TLC. It’s easy to get overwhelmed by the prospect of beetles, borers, and larvae. In this instance, consider outsourcing your lawn care to a regional professional. These professionals understand the insects of the region and how to keep them at bay.

For more than 20 years Earth Development has been providing landscaping services from landscape renovation to integrated pest management. Contact us and we will help you with this difficult matter!

Mid-century modern design is making a comeback in a variety of fields. If you are looking for new landscaping ideas this might be the theme for you. 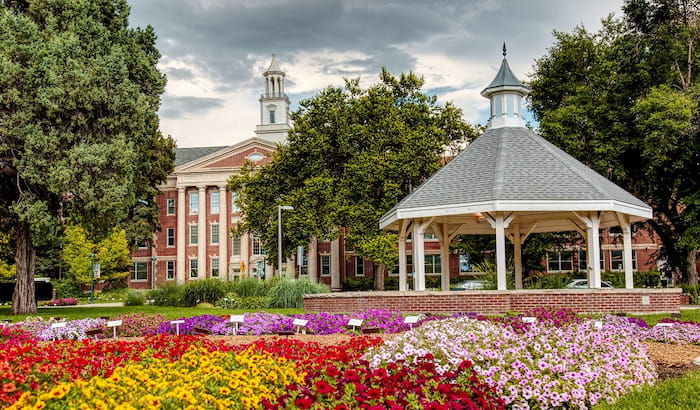 If you’re trying to improve the exterior appearance of your commercial building, installing a flower bed can make a huge difference in creating an amazing environment outside your property. 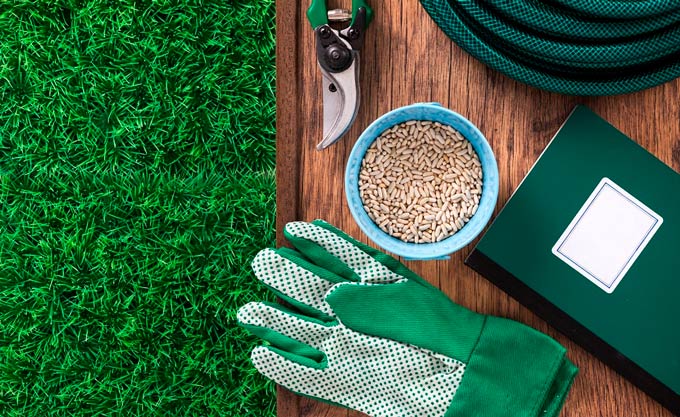 Overseeding Your Lawn: What It Is, and How To Do It